Plant a tree in memory of Nancy
An environmentally-friendly option 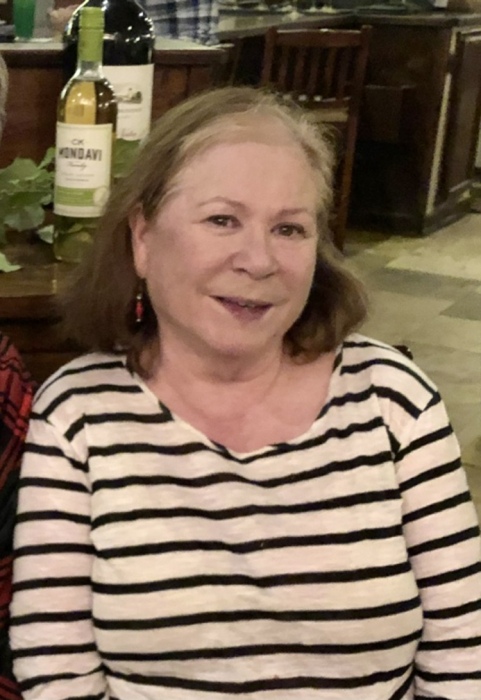 Dr. Nancy D’Abadie Lenton passed away peacefully in her sleep on April 12, 2021, at her home in Midway, Georgia.

Nancy was born March 6, 1947, in Baton Rouge, Louisiana to Bernice Santheson D’Abadie and Robert Louis D’Abadie while they were at Louisiana State University.

Nancy’s grade school years were attended in Fort Worth, Texas at Castleberry Elementary School.  Summers were spent in Roswell, New Mexico visiting grandparents, Stig and Jessie Santheson and reading whatever books were available to her.  As time passed the Campfire Girls organization occupied her time as did listening to folk music sung by Joan Baez.  For a short period of time the family moved to Roswell, NM, where her father, working for General Dynamics Astronautics, supervised the construction of an Atlas missile silo just east of Hagerman, New Mexico.

Traveling in Europe was one of Nancy’s favorite pastimes.  Greece was her favorite country.  She enjoyed Greece to such an extent she felt compelled to learn the language.

Nancy’s specialty in Clinical Psychology led her to a job at Fort Stewart Veterans Hospital in Hinesville, Georgia.  She was especially interested in counseling returning veterans from the Iraq war and those who suffered from substance abuse and alcoholism.  She met Dr. John Lenton at Fort Stewart where he was the hospital director at that time.  They married on October 14, 1991.  They enjoyed the scenic views and wildlife, in the estuary, behind their home in Sunbury, Georgia until John’s passing in 2003.

Proceeding Nancy in death were her parents and her baby brother Jon D’Abadie.  Survivors include her younger brother Alan D’Abadie and his wife Sandra of Roswell, NM as well as her nephew Nathan D’Abadie and his family of Alexander, AR, her cousins Ingrid Santheson Stauffer of El Paso, TX, Stephana Santheson Thorton and her husband Clay of Cincinnati, OH, Ciri Santheson Enoch of Las Cruces, NM, and her aunt Nancy Witman Santheson of Roswell, NM.  Services were private.

Plant a tree in memory of Nancy by clicking here.
To send flowers to Nancy's family, please visit our floral store.

A service summary is not available

Plant a tree in memory of Nancy
An environmentally-friendly option

Plant a tree in memory of Nancy

Be the first to share your favorite memory, photo or story of Nancy. This memorial page is dedicated for family, friends and future generations to celebrate the life of their loved one.

We ask on behalf of the family that you keep your comments uplifting and appropriate to help all who come here to find comfort and healing.

Plant a tree in memory of Nancy